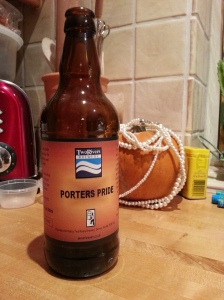 First off: this stuff looks the part.  If you want to experience how the porter style probably was back at it’s inception in the 1700’s then Porter’s Pride is the way to go.  It’s advertised as a brown porter, but due to roastiness in the taste that I experienced, I reckon it’s almost in the robust porter category.

Porter’s Pride pours with a crazy big head, it’s a little over-carbonated from the bottle conditioning – but soon calms down

The label says there’s brown malt and you can’t half smell it; the aroma is malty, a little bit roasty and chocolatey in the extreme…it also has a bit of minerality as well as some unexpected fruity yeast-type phenolics.  I’d love to know what strain of yeast these folks are using…

The taste is a a real mouthful of malt and again those almost fruity phenolic notes…God, I’d love it if these folks at Two Rivers were using a Belgian yeast strain; maybe they’re just using open fermenters?  Either way it’s a great touch and really makes this beer stand out.

This is a very accomplished beer and I liked it a lot.  Maybe Two Rivers could work in a tiny bit of smoked malt to make Porter’s Pride feel even more authentic than it already is?  All malt in the days of yore was kilned over charcoal or coke, so some smokiness would add even more authenticity!

Good work, Two Rivers…although your website seems to be fadged at the moment: 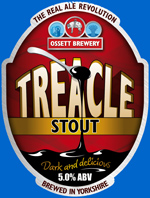 The pint arrived and had a huge strong treacle aroma backed with heavy dark malts.  It looked viscous, thick, and…well…treacle-y.

Funnily enough there was a strong treacle influence in the taste with a medium bitterness, again we get the heavy malts and some roastiness, but the whole thing was just so treacle-infused that I didn’t notice much else. The aftertaste was – predictably enough – treacle-based with a very mild bitterness on the back edge.

Don’t get me wrong, it’s not bad…it’s not bad at all.  It’s just VERY treacle-based.  If you like treacle, you’ll love this.  I thought it was OK, but I wouldn’t want to drink a lot of it. 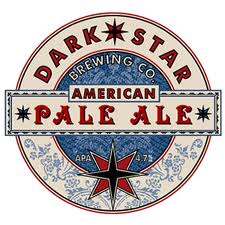 Only a short post, as this pint was enjoyed on a work night out at the St. Aldates Tavern (http://staldatestavernoxford.co.uk/)

A good looking golden-coloured pint, with some hoppiness on the nose – hung upon a lovely background of malt, a very nicely balanced aroma profile.

From the taste, an excellent attacking hop bitterness with good malt balance.

On the aftertaste, a pervasive bitterness that brings on a rather amusing tongue tingle

This is brewed in the true spirit of the American Pale Ale, but is still not mental enough: the bitterness was great – well done Dark Star – I just think the aroma hopping needs to be pushed to stratospheric levels to really get the juices flowing.! 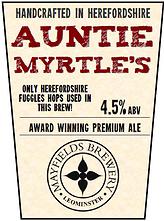 Now for an offering by the Mayfields folks out of Herefordshire.  Apparently this is a single hop beer (English fuggles) – which you don’t tend to see too often…

The aroma is a bit of wood, fruity yeast and dark malts.  There’s a tiny little bit of wood in the aroma too, but not so much that you’d notice.

The flavour is very much led by that yeasty fruitiness – which overlays a solid maltiness, the maltiness being inspired by the darker and crystal varieties.  There’s another interesting sort of bucolic earthiness taste in the mix too – probably due to that distinctive yeast.

The aftertaste it’s not a million miles away from the taste, and accompanies a decent enough bitterness too.

I reckon that a bit of Auntie Myrtle would be perfect with your Christmas nuts.  (See, there’s always a few column inches available for some seasonal smut.)